Today's vegan dessert pizza is a special one. I created this raspberry pizza recipe as part of a collaboration with Wholly Veggie. If you have never heard of Wholly Veggie before, let me introduce you to a game changing company in the plant based food game. Wholly Veggie has found a way to create all the classic flavors we love (think pizzas, wings, patties, etc.) without any animal products; can you say GOALS! I love all their products, especially their cauliflower wings. I created a Buffalo Cauliflower Salad using the cauliflower wings. That recipe has quickly become one of my go-to salad recipes.

Today's Raspberry Crumble Dessert Pizza is something a little unique, but totally delicious! Growing up my family would go to CiCi's Pizza and eat absurd amounts of pizza. They had every kind of pizza flavor you could imagine. Just when you thought you were going to explode from pizza, the dessert pizzas would come out. I channeled those memories to create this delicious (and much healthier) vegan dessert pizza! This raspberry pizza is loaded with healthy whole foods plant based ingredients, and is incredibly easy to make.

What makes this Vegan Dessert Pizza so healthy:

This vegan dessert pizza isn't just any dessert pizza. This Raspberry Crumble Dessert Pizza is loaded with health promoting ingredients, and natural sweeteners for the ultimate simple healthy vegan dessert! I love making this raspberry pizza when I have a really bad sweet tooth, but I don't want a rich dessert. Not only is this dessert pizza recipe full of all these incredible healthy ingredients and free of all the bad ones, but it also has a hidden vegetable, can you guess which one? If you guessed the ultimate chameleon vegetable that is cauliflower you are correct! This gluten-free vegan dessert pizza is made using cauliflower so it is lower calorie and higher nutrients!

How to make this Raspberry Pizza:

This vegan dessert pizza recipe is incredibly easy to make, and I think that's why I am so obsessed! I am the type of person who needs a little something sweet after dinner. Honestly if I could just eat dessert all day, every day, I probably would. However as much as I love sweets, some of the recipes just take too damn long. Luckily this raspberry pizzas recipe is so quick and easy! All you have to do is make the layers and stick it in the oven! You can also make this recipe ahead of time and then have it prepped and ready to go when the cravings hit!

Ingredients for this Vegan Dessert Pizza: 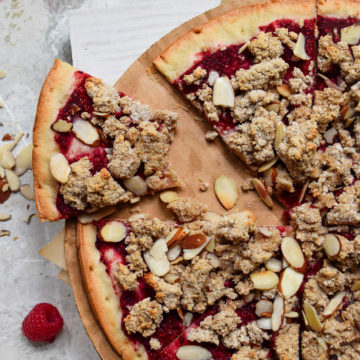 This vegan dessert pizza brings together the amazing flavors of a raspberry crumble, with all the connivence of a pizza. This healthy vegan dessert recipe also sneaks in some extra vegetables with the plant based pre-made pizza crust! This vegan dessert recipe is: vegan, dairy-free, gluten-free, refined sugar-free, and oil-free!
5 from 1 vote
Print Recipe Pin Recipe
Prep Time 10 mins
Cook Time 15 mins
Course Dessert
Servings 5

For the Raspberry Layer: 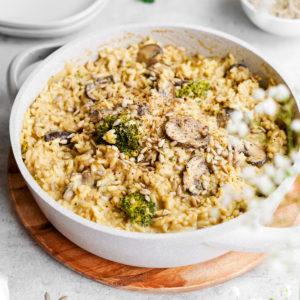 This Sunflower Seed Risotto is the perfect creamy and healthy vegan dinner recipe. It only requires a few simple ingredients and one-pot. This recipe is vega, oil-free, gluten-free, and refined sugar-free! 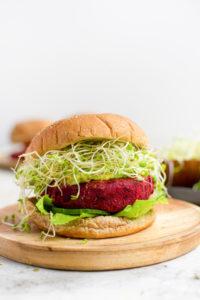 This easy plant based burger recipes is packed full of nutrient dense vegetables and plant based protein for the ultimate flavorful veggie burger. This sweet potato beet burger can be frozen and reheated, and is perfect for vegan meal prep. This vegan veggie burger recipe is: oil-free, gluten-free, vegan, refined sugar-free, and whole foods plant based! 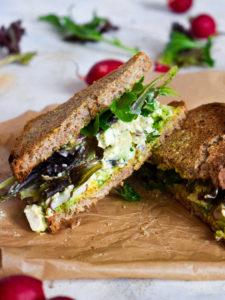 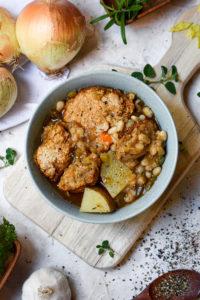 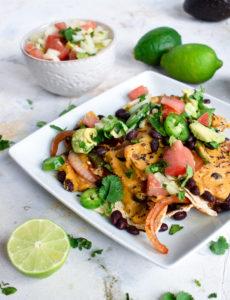